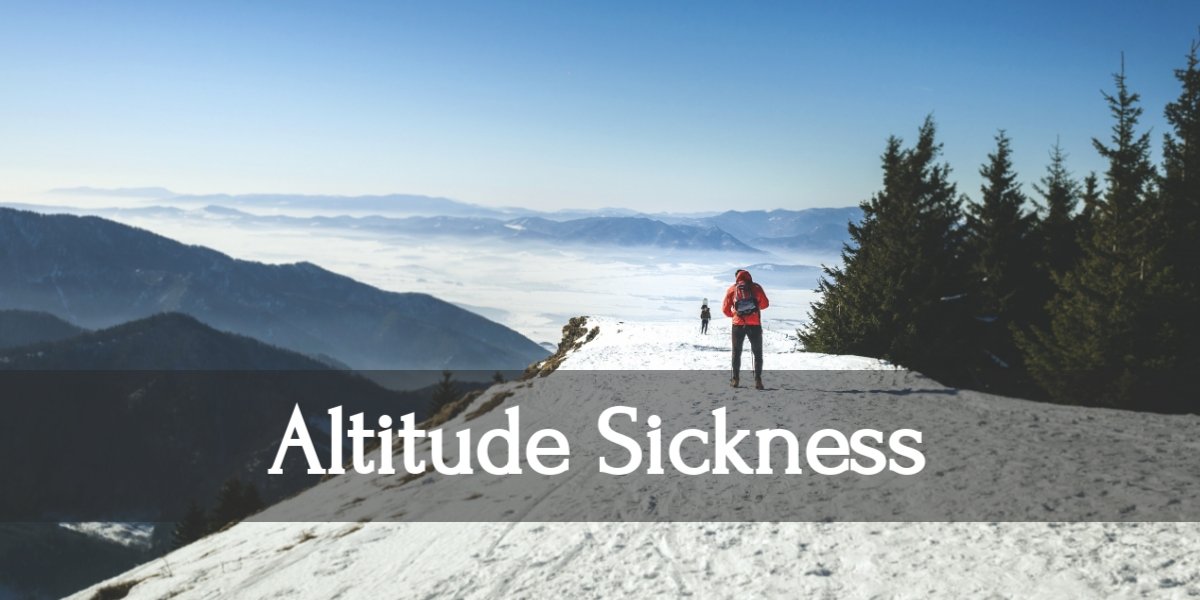 Everything You Need to Know About Altitude Sickness in 2021

While there are obstacles such as avalanches and weather conditions that can prohibit you from completing your once-in-a-lifetime trek, these obstacles are generally out of your control. The number one reason you might not finish your trek to e.g. Everest Base Camp, Kilimanjaro, or another trek or climb around the world, however, is likely because of altitude sickness. But in most cases, altitude sickness can be controlled or avoided with a variety of treatment and preventive measures.

What is Altitude Sickness?

Altitude sickness, also known as Acute Mountain Sickness (AMS), is caused by the rapid ascent in altitude which leaves our bodies with less oxygen. When the body reaches high altitudes in a rapid ascent, the body may not have enough time to adjust to the decreased air pressure. This causes several symptoms in trekkers ranging from headaches to nausea, hyperventilation and in some rare cases irregular heartbeat, all caused by shortage of oxygen.

AMS is caused by the decrease of oxygen available to breathe due to changes in the driving pressure in the atmosphere as a person gains altitude. While there is roughly 21% oxygen in the atmosphere at all times, the difference in the driving pressure of oxygen at sea level and at higher altitudes are very different. AMS is generally not a problem for people until one reaches +2500 meters above sea level.

Driving pressures are considerably less with each gain of 100 meters in altitude once you go beyond 2500 meters. For instance, at 3600 meters the driving pressure towards oxygen is reduced by 40% which creates 40% less oxygen for your body to consume, especially at a time when your body is exerting more energy as you trek higher.

The Three Stages of AMS

At this stage, AMS exhibits the following symptoms which are similar to a person suffering an alcohol hangover:

The best remedy for AMS is to descend to a lower altitude until your body can acclimatize. Another form of treatment can include taking Diamox pills on a daily basis.

HACE occurs from a severe untreated case of AMS. HACE is the direct effect of higher skull pressure which is caused by fluids entering your brain tissue which initiates swelling of your brain. Although the brain is less than 2% of your total body weight it requires 15% of all oxygen to function. This type of sickness is often coupled with pulmonary edema, a condition caused by excess fluid in the lungs, and can be life threatening if not immediately treated. In addition to the symptoms of AMS, a person suffering from HACE also exhibits the following:

Treatment for HACE requires an immediate descent to lower altitudes while being accompanied by partners. Victims may also take Diamox to help slow down AMS and HACE until medical attention is found. Serious cases of HACE require helicopter rescues to the nearest hospitals or health facilities.

HAPE is a third form of sickness that can occur at high altitudes. HAPE is the result of below normal oxygen levels which in turn affects the pulmonary artery, where fluid gets accumulated in the lungs. The pulmonary artery becomes smaller in diameter allowing for less oxygen which in turn leads to blood entering the alveoli and then the lungs. HAPE can happen without a person suffering first from AMS or HACE. However, trekkers can prevent HAPE by taking Diamox or nifedipine at least one day before an ascent and continuing to take the medication for five days after arriving at higher altitudes. Symptoms of HAPE include:

Treatment for HAPE is best done with descending to a lower altitude at the earliest time of discovery. Medicines that have been found to be effective treatments for HAPE include nifedipine which minimizes the pressure of your pulmonary arteries. Immediate evacuation by helicopter is generally necessary for trekkers/climbers suffering from HAPE.

How Can You Prevent AMS, HACE or HAPE?

Overall preventative measures before and during your trek are the best way to help alleviate problems of contracting AMS, HACE or HAPE. Measures that can be taken to help minimize the risk of AMS, HACE or HAPE include the following:

When in higher altitudes, don’t be afraid if you get a small headache resulting from potentially AMS, but do make sure to follow the above recommendations, and if the headache coupled with another symptom starts to be severe and increase, please do descend and potentially seek medical help.

Your body is a wonderful piece of machinery that you have honed over the years, enabling you to accomplish your wildest dreams of adventure. Take precautions from the onset and consult a doctor before you set-off on that life changing journey that includes crossing into higher altitudes. Please see the following link for more information about AMS. If you’re looking for treks in Nepal, perhaps check out Bookmundi, the largest trek and tour aggregator in Nepal.

Wishing you an amazing altitude experience! 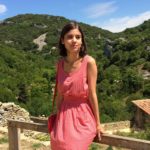 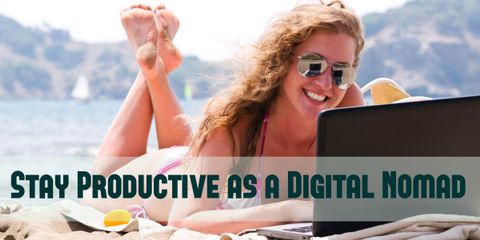 Knowing how to stay productive means you will be able to manage your time better. This will mean less stress and more time to spend on exploring. 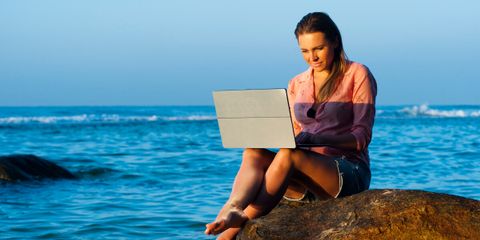 Why (And How) Digital Nomads Should Create Online Courses

Online courses have a low barrier to entry, which means they’re an ideal way for those with limited time and money to make an income online. 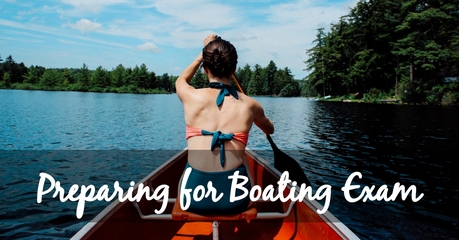 Things to Keep in Mind When Preparing for Boating Exam

Everyone should invest as much as they can in boating because of its positive impact on mental, physical, and physiological health 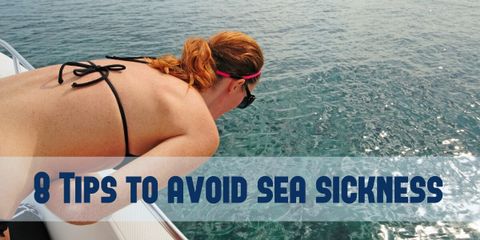 How to Avoid Sea Sickness: 8 Tips for Travelers

Sea sickness is unpleasant but help is at hand with these tips and preventative measures to keep sea sickness to a minimum. 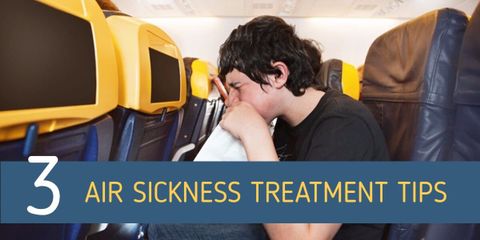 Air Sickness: 3 Scientifically Proven Ways to Treat and Prevent It

Some very surprising facts about air sickness (or flight sickness) and the 3 scientifically proven approaches to dealing with it. Very easy remedies. 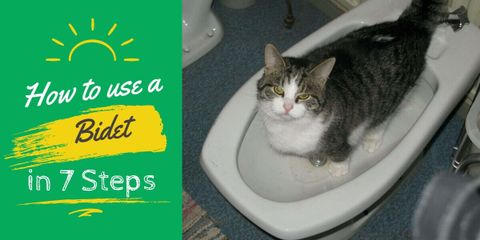 How to Use a Bidet in 7 Easy Steps: A Guide for Travelers

So you don't know how to use a bidet? Don't worry, you can learn to use a bidet like a pro in 7 easy steps with our guide.
This post may contain affiliate links. When you buy through links on our site, we may earn small commission. Read Full Disclaimer 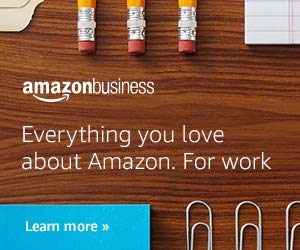